Gamers and consumers in general have been losing control over their content as the internet has become more mainstream and physical media has been slowly phased out.

Many games have developed models where players can buy skins and other items using in game currencies that require real world money. This has added a new experience to players as they are able to customize their avatars and obtain rare items. These players often spend hundreds of dollars on these in game items, and as easily as they can be purchased, they can be taken away.

With a ban from a game admin, players can lose access to everything they have paid for. All of the time and money spent on getting these items disappear completely. The gaming company keeps all of the money and the player is now left with nothing.

Players may purchase items, but they do not own their items like they should. Players buy the privilege of using an item, but are never able to truly own it.

This is what Gala Games is changing.

Most people have heard of FarmVille and other such farming simulation games but Town Star takes this kind of game play to the next level.

Their use of proximity effects: understanding how buildings interact and affect each other is crucial in creating the most efficient and productive town. Factors like height, pollution and natural surroundings all take effect.

Unlike other simulation games that are open ended, Town Star runs a competiiton on a weekly basis, after that week your town is nuked - so there’s no emotional attachment. There’s also a Free Play server for those wanting to keep the town they’ve created.

Either way, you’ll need to select an empty square of land on the World Map; this will be your new town location. Some locations are better than others for certain strategies.

It’s also important to remember that you cannot put your town where other players have already made their claim.

Once created you’re all set to start building your town. The grapics are great, the animation of each character as they go about their business is fun.

It’s easy to pan about the screen and right mouse button lets you rotate for a different view. 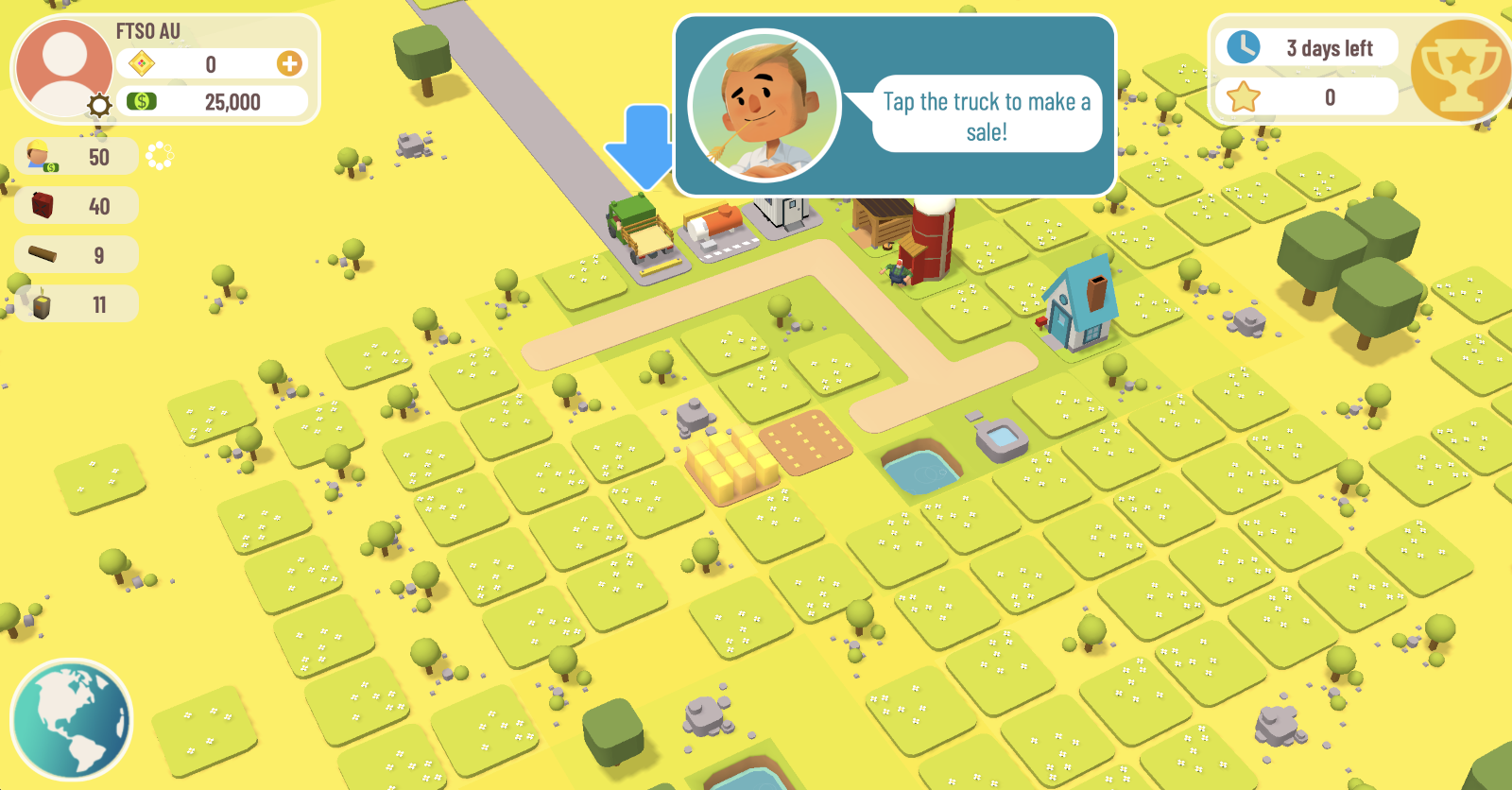 There’s a whole host of NFT’s available for purchase, from skins to tools that will assist your town building capabilities.

The developers have intentionally left out a lot of documentation, instead giving users the challenge of working it out themselves.

If you’re looking for a leg up, I suggest you refer to Town Star Guide who’s been around since the beginning and often features in the weekly top 10 players.

The Gala Network is supported by users, who operate Gala Nodes from their home computers. By buying a license to operate a Gala Node, you open up opportunities to receive rewards for your contribution to the network. This can include GALA, limited edition NFTs, and opportunities to help the Gala Games ecosystem grow.

A Founder’s Node is part of the largest decentralized gaming network in the world. There will only ever be 50,000 of these nodes.

Everyone who operates a Founder’s Node is contributing to the growth of this decentralized gaming network. By running a Founder’s Node, you are working to give players real ownership of their assets and content.

What is the difference between Gala and GALA?

GALA is the digital asset and Gala references Gala Games, the gaming company.

GALA is distributed daily to Founder’s Nodes that have operated for at least the required time in each cycle; this GALA is earned by working to help Gala Games in their goal of providing a truly decentralized gaming network.

If you’re interested in finding out more i suggest you visit their support page here.

The current price of a Gala Node is about 4ETH 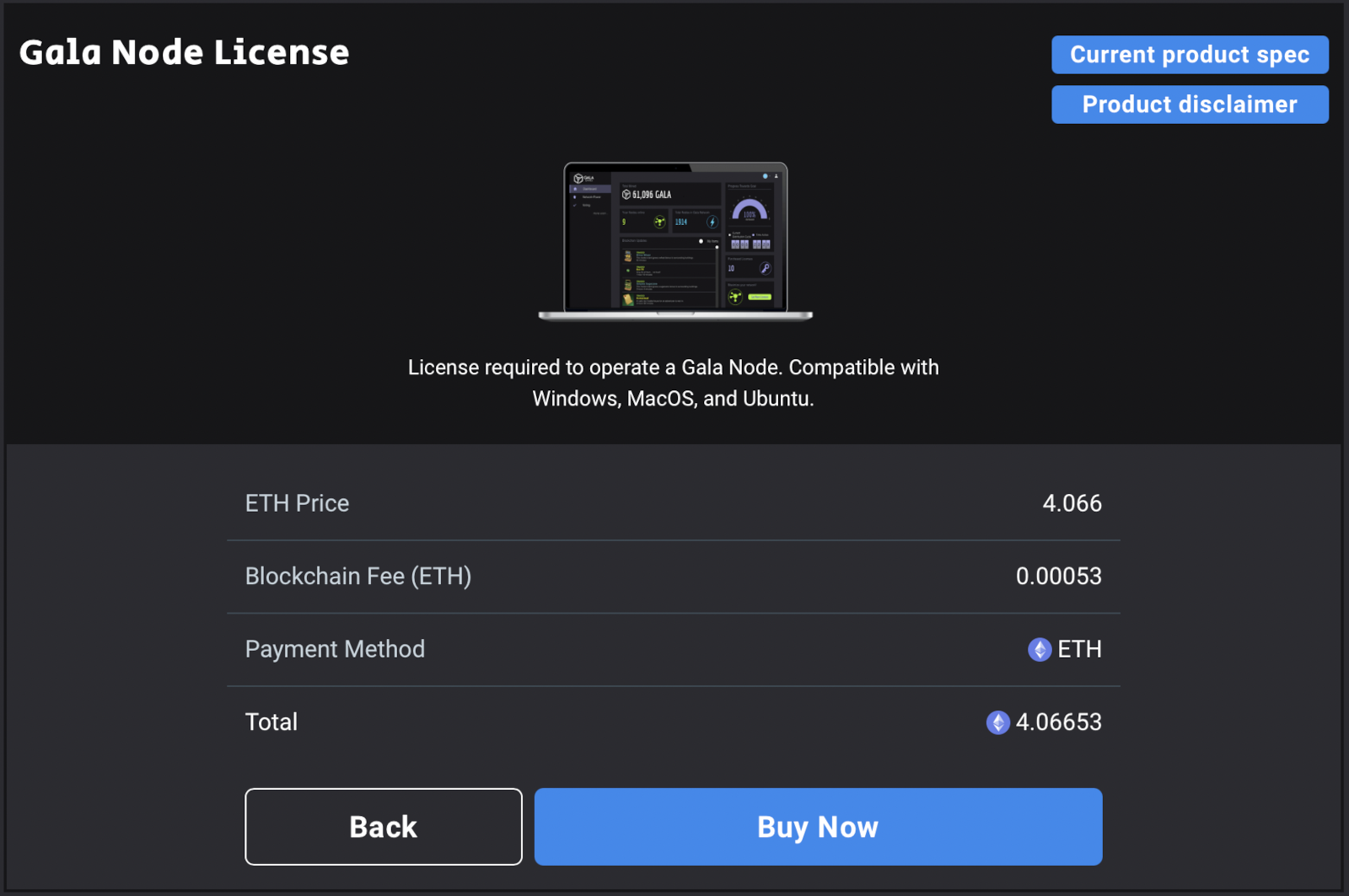 Gala Games are expecting high growth in the coming 6 months with another ~20 games expected to be released before the end of 2021 to add to their current offerings of Town Star, Mirandus, Fortified & Echoes Of Empire.

To learn more about Gala Games we encourage you to engage with them via their online communities.