One, if not the main, support question we’re often asked is relating to rewards not accruing when the user is expecting them to be.

The first and only place we look for the answers, is the Songbird Explorer.

Here’s a selection of steps we follow to troubleshoot “rewards not accruing” issues. If you’re certain you had a delegation in place, you can skip to step 14.

Everything will happen on the Songbird Explorer, it’s the source of truth for all transactions performed on the network.

First, you’ll need to have your wallet address handy, so make sure you can easily copy and paste that as required.

Next, you’re going to want to find out what the vote power lock block was for the epoch in question.

1./ Visit the Songbird Explorer, then in the top right hand corner type FTSOManager, you’ll see the option to select the contract. 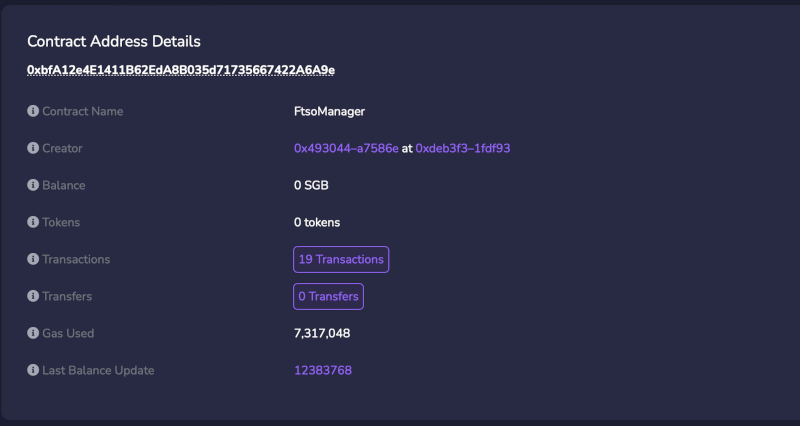 3./ Now, scroll down until you see the menu bar starting with Transactions and go along and select Read Contract.

4./ Number 13. getRewardEpochVotePowerBlock → is the query we want to execute.

6./ Once we’ve entered the epoch number and hit Query, we’ll see the block number in the dialog box below. 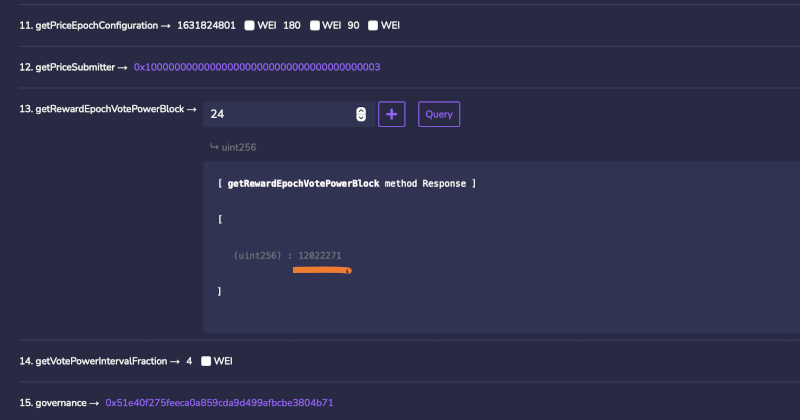 7./ Select the number that appears and copy it, you’ll need to paste it in the WNat contract next.

8./ To enter the WNat contract, do the same as we did above, this time entering WNat in the top right hand corrner.

9./ Select the WNat contract and scroll down to the menu bar and choose Read Contract.

11./ This will involve putting in your wallet address in the first box and then vote power lock block in the second.

13./ If the number returned is 0, then you will not be earning or will have not earned rewards for the epoch you’ve queried.

14./ Lastly, we’ll check the FTSORewardManager contract for the rewards that were earned or are being earned for a certain epoch.

15./ Same proceedure are before, enter FTSORewardManager in the top right hand corner and select the contract.

16./ Scroll down to the Read Contract tab and select it.

17./ This time we’ll be using 14. getStateOfRewards → and we’ll need our wallet address and the epoch in which we want to query. 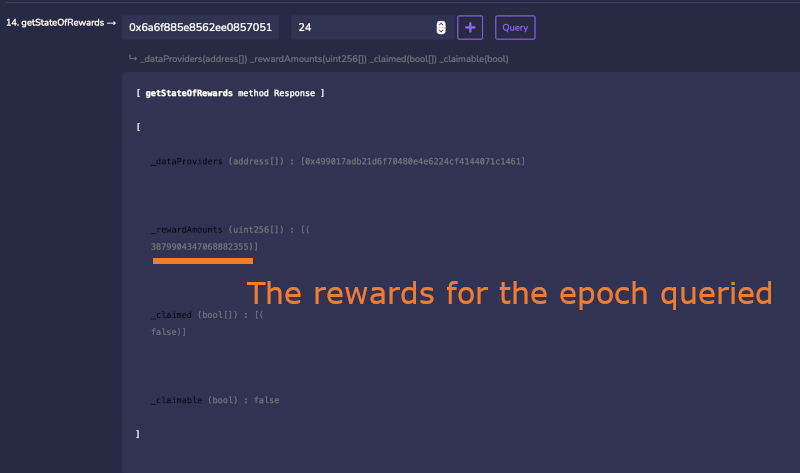 Those are the steps we take to firstly find out what the vote power lock block number was, then to establish if and how many WSGB we had delegated at that exact time, then finally to see how many WSGB had been or are being earned for the epoch in question.